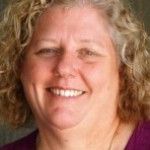 Dr. Heidi Bockhold is a licensed Chiropractor living in the Atlanta Area of Georgia, where she has several paint horses, cattle dogs, and a staffordshire terrier. Dr. Bockhold was born and raised in south Florida, where she and her family bred and trained racing thoroughbreds and showed American Quarter Horses. As a teenager, Heidi also bred, trained and showed Shetland Sheep Dogs, was active in 4-H, as well as participated in many sports including soccer, racquetball and power lifting.

Dr. Bockhold received her Doctor of Chiropractic Degree from Life University in Marietta, Georgia in June of 1992. In June of 1994, she received a Bachelor of Science degree in Biology from Regents College in New York.

After graduating from Life University, Dr. Bockhold opened a private chiropractic practice in Florida. In 1994, she returned to Life University and for the next seven years she was a clinical supervisor in the research department and also a technique instructor. During her time at Life U., Dr. Bockhold was nominated three times for the “Who’s Who of College Professors”. Throughout this time, Dr. Bockhold also maintained a human practice in Georgia.

For the past 12 years Dr. Bockhold has been exclusively treating large and small animals with Chiropractic Care. She also teaches animal chiropractic and advanced courses to professionals at Options for Animals in Kansas and Internationally in Germany and England. For the past 2 years she and a colleague have been conducting research on treating animals using Sacral Occipital Technique. In addition, she lectures to lay audiences on a wide variety of topics such as Animal Chiropractic, Integrative Animal Health Care, along with Equine and Canine management.