How A Four-Legged Friend’s Spine Works 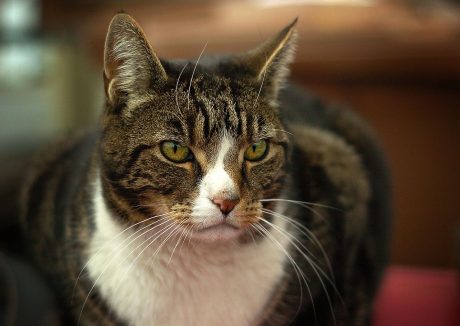 Is your pet’s spine misaligned? Humans are just about the only mammal using their spines incorrectly. Dogs and cats have it figured out: They have four limbs for a reason!

So when your dog or cat starts walking funny, it can be a little surprising to learn that animals sustain spinal injuries and discomfort from everyday use in the first place. Even when your spine isn’t bearing the full weight of your upper body, it can still be moved in a way that it shouldn’t, whether from exertion, falling down, or injury. Simple tasks, like jumping for a frisbee, can create discomfort and misalignment even in young healthy dogs.

Although an animal’s spine is suspended from the legs, rather than sitting upright like a human’s, it still serves many of the same functions as a human’s spine and suffers much of the same abuse. Animals jump from their rear legs, putting the same pressure on the spine as when a human jumps. When an animal is startled, they’re just as likely as a human to twist something out of place as they jump in fear. An animal’s spine does not suffer the same constant pressure as a human’s, but it is subject to most of the same types of injuries.

Your Pet’s Spine: How To Spot A Spinal Injury

So how can you spot a spinal injury in your animal? They’re not exactly going to announce that their back is killing them, but there are some signs that often point to spinal discomfort and a need to visit the animal chiropractor.

Any one of these symptoms might point to any number of things, but together they do tend to draw a line towards musculoskeletal problems. If your animal is suffering from persistent symptoms that suggest a need for chiropractic care, the sooner you book your appointment with Options for Animals the better.

Options for Animals has a robust staff to ensure that no matter what your animal is going through, they will be able to make an accurate diagnosis and prescribe the correct treatment!